"Camille Claudel died in a lunatic asylum in 1943, alone and forgotten. Few people remembered that in her youth, she’d been regarded as the greatest sculptress of her generation. By the time she died, aged 78, amid the chaos and carnage of the Second World War, she’d become an obscure footnote in art history, merely remembered (if at all) as the muse and mistress of Auguste Rodin.

After the war Claudel’s work was ignored, while Rodin remained a household name. Yet lately something rather wonderful has happened – she’s been rediscovered, not only as Rodin’s model or his bedfellow but as an important artist in her own right."

- Via the BBC article: How Camille Claudel stepped out of Rodin's shadow.

Yesterday was a strange day... previously referred to as an "André Breton" sort of day... that is, dreamlike... or maybe the fragmented trance state which precedes the more coalescent realm of dreams. (But, yes, "surreality" is as good a word as any.)

I'd been attempting to establish a healthy beginning to my proposed third Empowerment post but was distracted (as I often am) by my research. Yes, I'm afraid I was down one rabbit hole after another. The André Breton post was one off-shoot of my mental travels and this post is, yet, another unexpected fruit from that particular tree; the sort of information that is just too amazingly wonderful to "save for later." 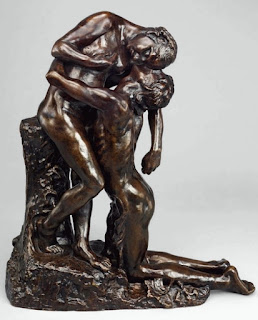 Some months ago, I'd come across a photo of a beautiful sculpture by Camille Claudel I'd missed previously (in 2016, while researching the Into the Madhouse section of this post.) Actually, I think it's possibly the most emotionally-satisfying sculpture I've ever seen. It wasn't the greatest of photos, however, and I saw no other evidence of it online at the time, but, I added it to my files, knowing that I'd share it on the blog eventually. Anyway, to "cut to the chase," I intended to use it in Empowerment Part III, but I needed both its date and title, so I wondered if, by this time, there was more information online. And, there certainly was... more than I could possibly hope for! Not only are there far better photos online now - and a plethora of documents referring to Camille -  but the photos of L'abandon (inset right, also above and below) were there to announce the opening of a new museum in March of last year... in Nogent-sur-Seine, France. And, the name of the museum is... (are you ready?): 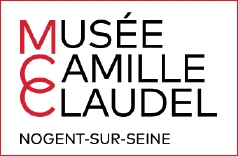 I really cannot say just how deeply happy I am to discover this information. My very special thanks go out to all the very special people who made this come to pass. I cannot think of an artist more deserving... or a more fitting postscript to the events of her tragic life. Merci!

Incidentally, regarding the other working title of L'abandon, Sakountala (or Shakuntala): it's the name of Sanskrit play - full name: Abhijñānashākuntala - by a fifth century Hindu poet, Kalidasa. I've just read the play and I'm still not sure why Camille chose that title, but, interestingly, (via this translation) we learn:

"The term Shakuntala means one who is brought up by birds (Shakun). There are references stating that Shakuntala was found by Rishi Kanva in a forest as a baby surrounded by, or, as some believe, being fed by birds after being left by her mother, Menaka." 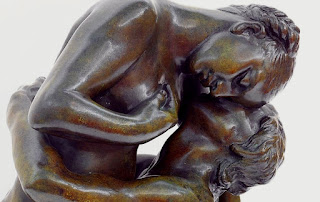 "Tell me, beloved, what you want of me -
I am Love, who is filled with the all:
what you want,
we want, beloved -
tell us your desire nakedly."

- Poem fragment from The Mirror of Simple Souls, 1290 ?, Marguerite Porete.