The Man on the Throne

And, what does this painting have in common with the unfortunate news of this sad day? See my short PMB post here.


(Note: I've just posted a video on the sidebar you might find unusual. Actually, it's an Egyptian Zār band*: primarily female musicians who utilize ancient ritualistic music to heal and purify their listeners...

... because it's never too soon to begin the healing process.)

* "The purpose of the Zar ceremony is to cure mental illness through contact with the possessing spirits which cause maladies. Though there are several methods for dealing with psychological disturbance, the Zar is the last resort which is supposed to have powerful therapeutic effect for several kinds of ailments," writes John Kennedy in Nubian Ceremonial Life. It should be noted that this ceremony is not widely practiced in Egypt. The Zar ceremony is most prominent in southern Egypt and is practiced further south into the Sudan, though in fact it may be performed anywhere in Egypt. This is a region that was least exposed to the many invaders from Greece, Rome and the Middle East, and the ceremony can be considered as a holdover from older African religions when older women were frequently priestesses.

Regardless of the fact that Zar is a trance religious ceremony that uses drumming and dancing to cure an illness thought to be caused by a demon, it is technically prohibited by Islam as a pagan practice. However it continues to be an essential part of the Egyptian culture. It provides a unique form of relief to women in strict patriarchal societies.

The phenomenon of Zar can be best described as the "healing cult". It involves hair tossing and swaying and it also acts as a means of sharing information among women of these cultures."

-  From an Egyptian tour page; more information about Zār can be found in the Wiki entry. 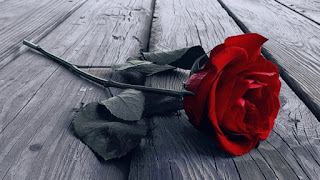 The day this post was created, a less controversial (but more important) event had recently occurred: the world lost a great treasure: songbird, poet and Lover, Leonard Cohen.

Farewell to a truly great man.

Below is a version of Cohen's Hallelujah covered by Rufus Wainwright (website), who performed this song, in concert, as a tribute to Cohen shortly after his passing. A video of the tribute can be found on this NME page.

The Leonard Cohen videos that accompanied this post (on the sidebar) can now be found after the jump break.
Read more »
Posted by Dia Sobin (Araqinta) at 12:57 PM 2 comments: